The problem with feeling so tired all the time is it becomes an easy excuse and a default action. So much easier to watch TV all night long than to write a blog post and edit photos, but suddenly you realise it has been weeks and you have done nothing but the very basics. I’ve lazed around for long enough it’s time to really force myself to do something. 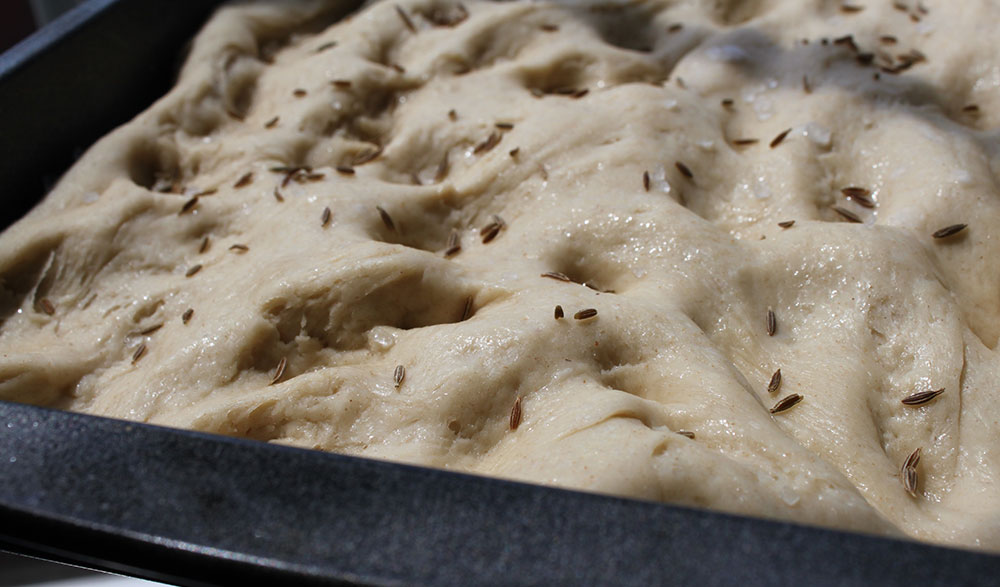 Or at least this is exactly how i felt at 9 o’clock on Sunday morning when I woke up. Sunday’s are the days where you do the things you don’t have time for the rest of the week, just perfect for bread baking. On Sunday when I woke with a new zest for all things food, I flipped through the stuck together pages of the Bread Bakers Apprentice, but I saw nothing there that got me excited. On a side note while I love the BBA, it’s not for one of those days where you need to feel productive, so many of the recipes take two days before you actually get to eat! 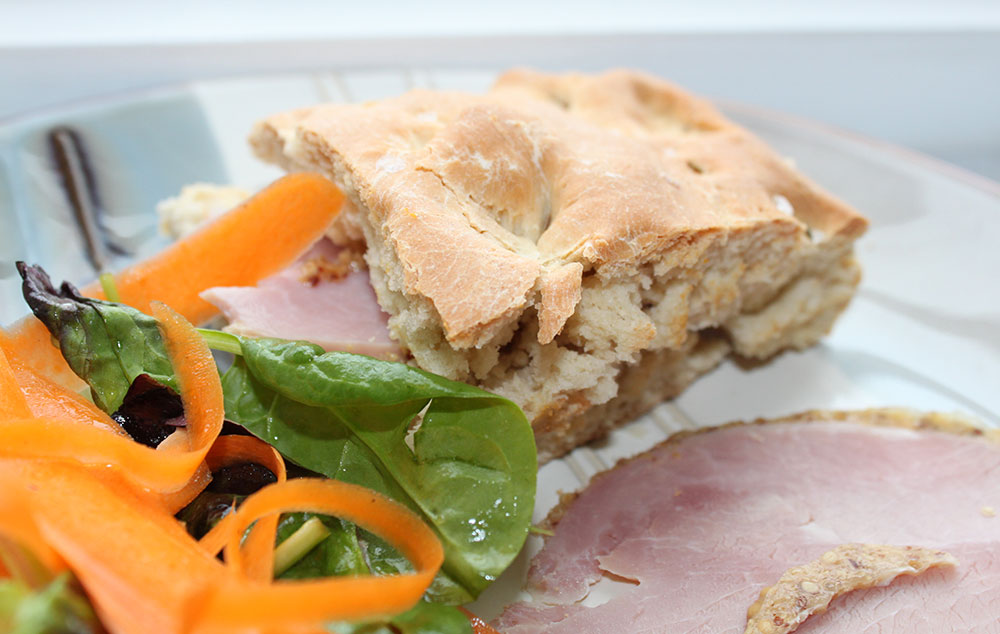 Eventually I decided to go ahead with last months Fresh from the Oven challenge recipe of Turkish Pide, as I had been seeing so many pictures of the Turkish bread I was starting to regret not making the bread sooner. Plus it would be the perfect accompaniment to a lunchtime salad and dinnertime burgers. I “followed” Linda’s recipe – as it had UK measurements.

I have to say that I didn’t really follow the recipe, I used 3 cups of flour instead of 4, and I replaced the melted butter in the recipe with olive oil. Despite my changes the turkish pida turned out to be a wonderfully easy and tasty bread to make, and one that i will definitely make again. It was a heavy loaf so it was very filling – especially when halved and used in place of a burger bun.

I topped mine with a mixture of sea salt and cumin. Which went very well with my carrot salad (carrot and cumin seem to go so well together!)