Being on holiday is wonderful, your bed gets made for you, there is no cleaning to do, and you don’t have to make your own meals. Unfortunately I kind of enjoy making my own food!

After a week when the only vegetables I saw were between a burger and a bun it was necessary to get some vegetables and healthy food into me. Lunch today was a large salad, not unlike this Tomato and Red Pepper Salad, the crisp fresh lettuce leaves were a world away from the pale limp ones I found inside any burger. 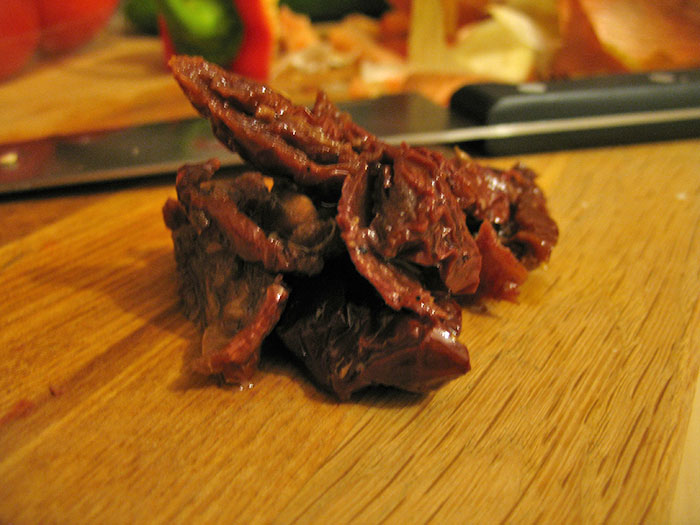 At the start of the afternoon I was full of beans, putting on washing, unpacking my suitcase but I knew that sooner or later jetlag would set in. So what to do for dinner? Risk leaving it too late and calling for takeaway?

No, on days like these slow-cooking is perfect. Within half an hour I had all the ingredients cooking away and I could relax. Three hours later I ladled steaming rice and vegetables on to our plates and topped each with a chicken breast. Heaven.

Cooking time: 3 – 4 hours (I left mine 3 hours, and by this point the rice was beginning to disintegrate, so I would try to keep it short, or add the rice to the pot after 1 hour).
Cooking Temperature: High.

Preheat your slow cooker. Brown the chicken on one side in a hot frying pan. I browned both sides of my chicken as I wasn’t really paying much attention to the recipe. I don’t think it did any harm browning on both sides, but perhaps only browning one side would keep the chicken more moist. Once browned remove the chicken breasts and reserve on a plate. 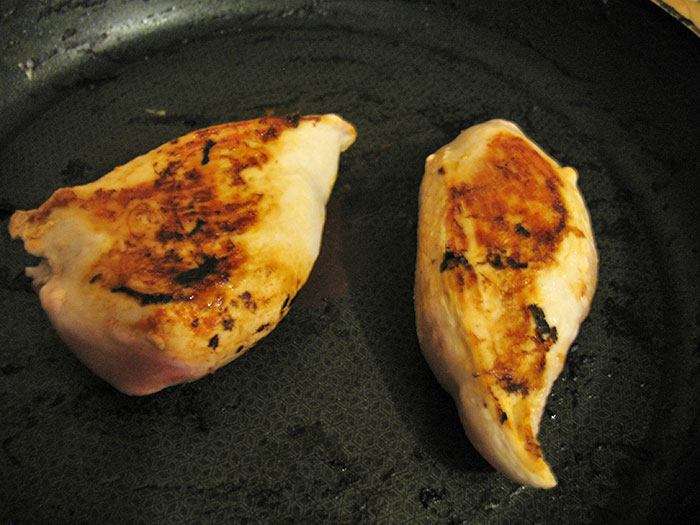 Next add garlic and onions to the pan and leave until lightly browned, which should be around 5 minutes. 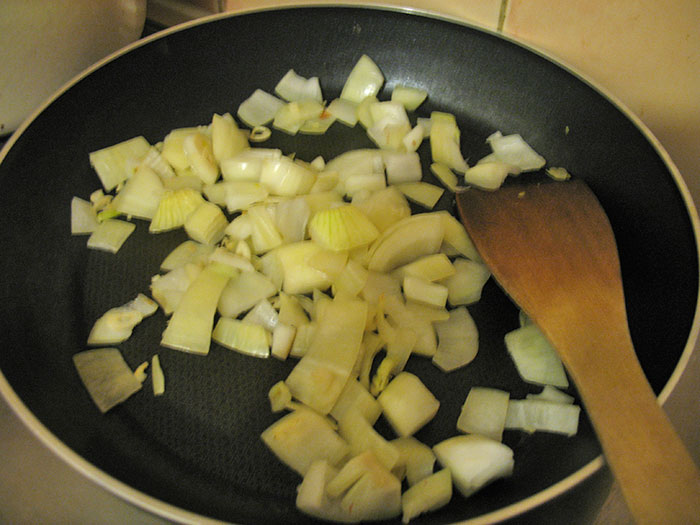 Then add the red pepper, canned tomatoes, sun-dried tomatoes, pesto and season with salt and pepper. Heat the mixture until starting to boil. Add the mixture to the slow-cooker along with the hot chicken stock. 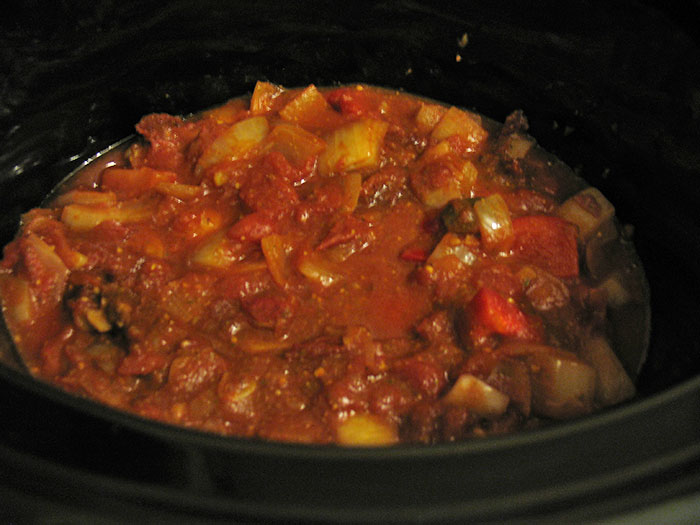 Rinse the rice in cold water until it runs clear, then add to the slow-cooker. Stir the rice so it is evenly distributed. Lastly add the chicken fillets to the slow-cooker, push them under the waterline (browned side uppermost) so they don’t dry out during cooking. Leave for 3 – 4 hours.

Before serving, check that the rice and chicken are cooked thoroughly. Spoon on to plates and enjoy! 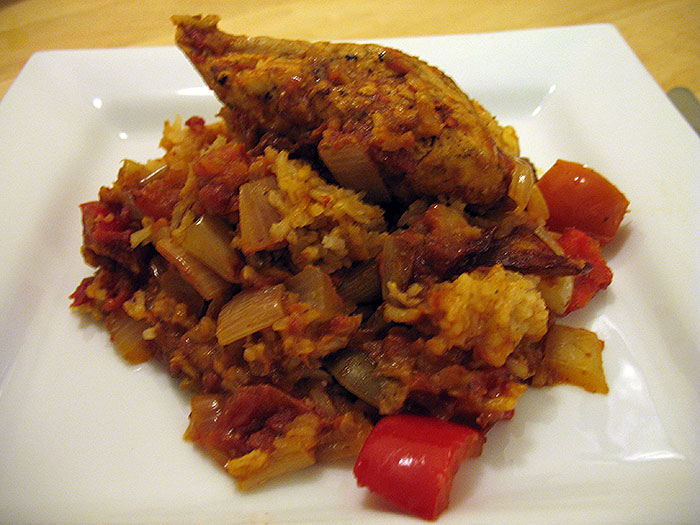 We both loved this, it was simple to make and easy to eat. I would however make some changes next time. I think a touch of spice, paprika and/or chilli powder, would be a great addition to the tomato flavoured rice. More vegetables would be good too, I already added red pepper to the ingredients list but there are infinite options, mushrooms would also be a great addition.

There are many ways to go with this dish and lots of possibilities, but the basic recipe is definitely a good start!

No Knead Bread – Fresh from the Oven