Scottish Mince Round or Pie Recipe

Note: If you are looking for a Mincemeat pie then you might be more interested in this Christmassy Cherry and Almond Mincemeat Pie Recipe.

While being Scottish and living my whole life in Scotland, I didn’t grow up on the traditional Scottish fare. My parents loved Indian curries, Italian Pizzas and Pastas and by the time I was getting into my teens Mexican. So it wasn’t until my all-to-brief holiday up north to Macduff that I truly appreciated the simplicity and satiating nature of a mince round. 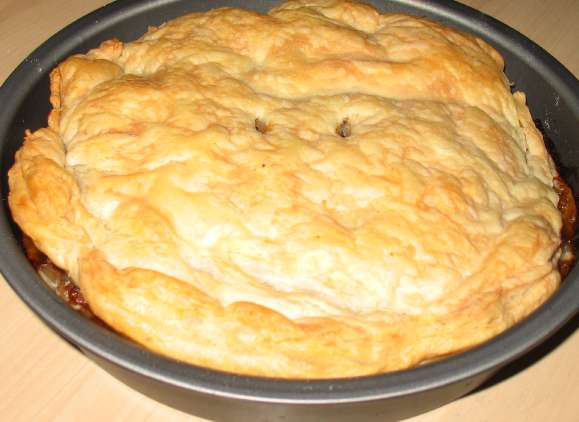 Being in a caravan most of the cooking I did was simply reheating, and sticking a mince pie in the oven is pretty easy. However the amount of effort to make your own is worth it. I like it because I can chose the quality of meat I use (lean Scottish mince) and can limit the amount of salt added. In the pre-made one the predominant flavour was salt.

A traditional Scottish Mince Round recipe, a puff-pastry pie filled with beef mince

Add the oil and onion into a saucepan and heat for 4 minutes until the onion starts to go translucent. Then add the garlic, make sure it doesn’t burn. Add the mince breaking it up into small pieces, cook for 10 minutes or until the mince is browned, then stir in the beef stock and Worcester sauce.

Cook for another 5 minutes till the liquid has reduce by around half. While the mince is cooking, roll out your puff pastry and cut a circle big enough to fit the bottom of your 9-inch pan and up the sides. Add this to an oven for five minutes. You can either add beans to the bottom to weigh it down, or like me you could just puncture the pastry when it rises up.

Now that your pie bottom is part cooked, and your mince is cooked through, add the mince to your pie. 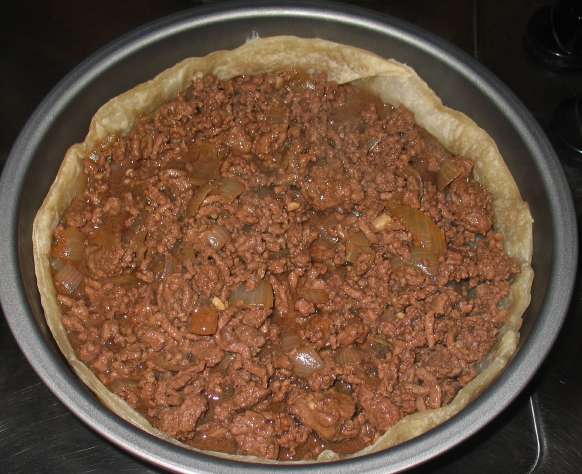 Now cut a slightly smaller circle for the top of your pie, and place it on top, pressing it down at the edges. I also added 2 holes to the top of mine. 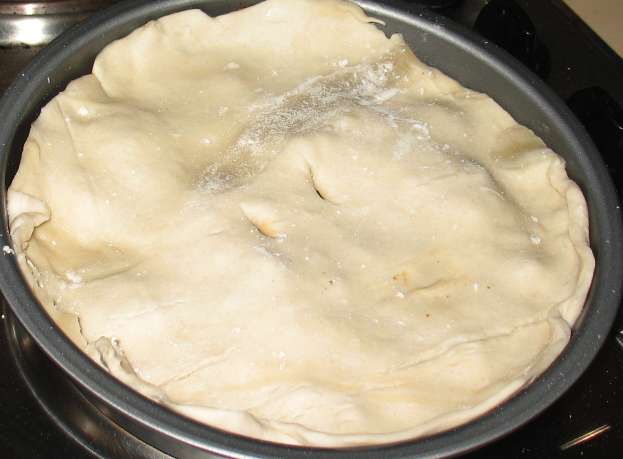 Now put back in the oven for 20-25 minutes or until golden brown on top, and warm in the middle (although if you make it all at once this should be less of an issue).

I served mine with good old fashioned mashed potato and cauliflower, if you think your mince round maybe a little dry some gravy along side will go down a treat. 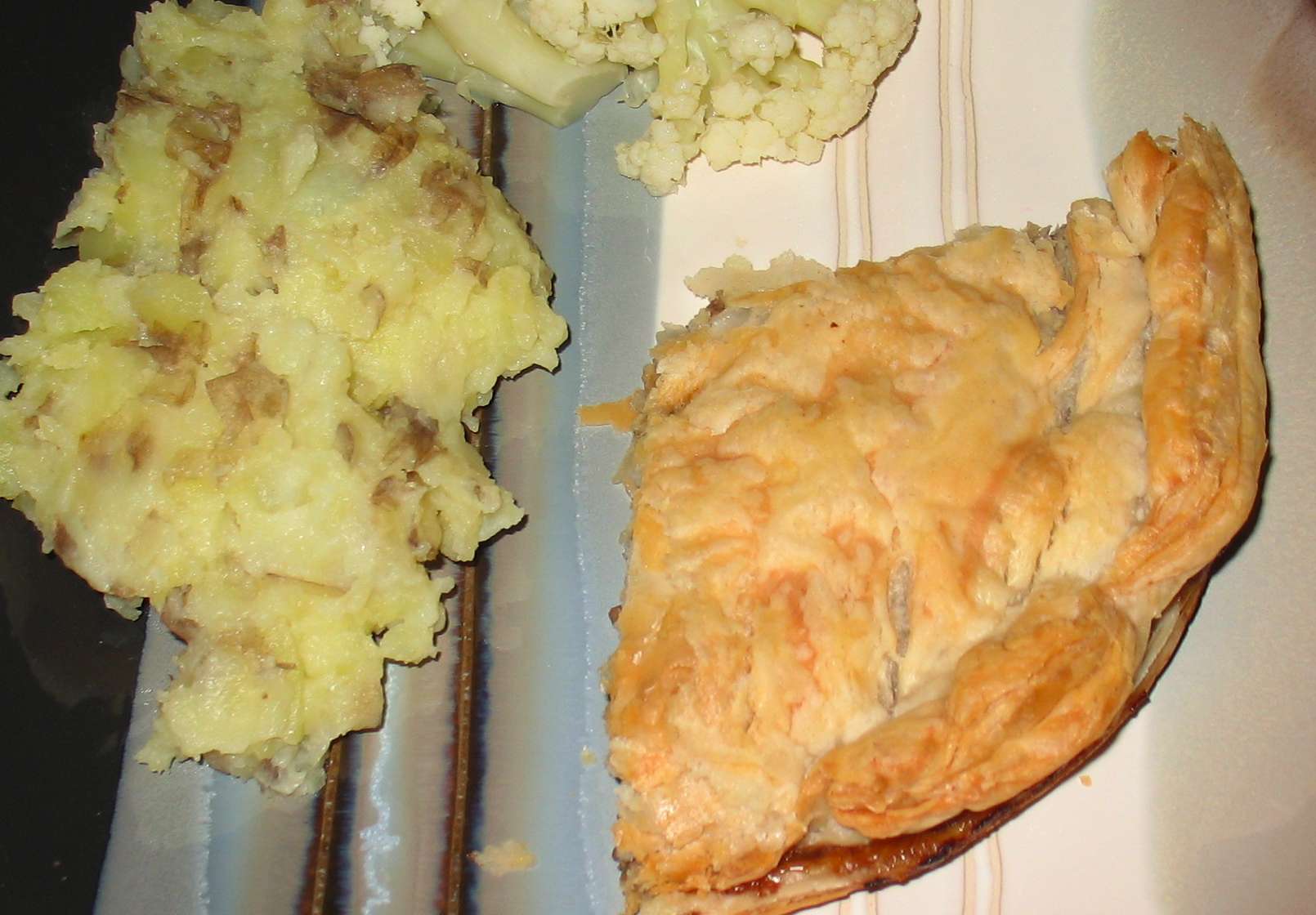