I have been making pancakes for breakfast now for months, initially just on weekend mornings after a long run, but now I make them for weekday mornings too. 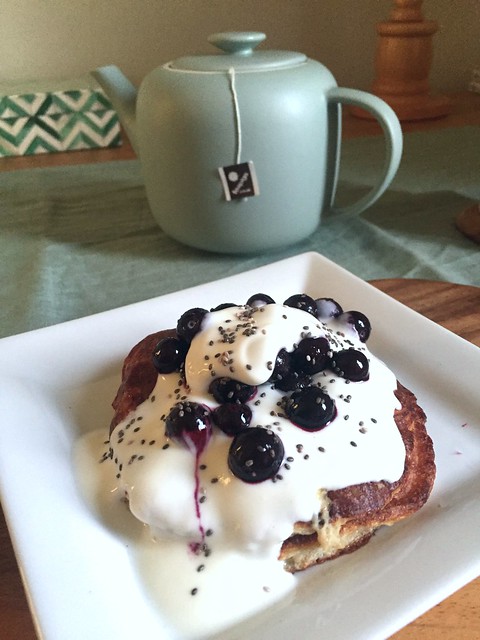 I vary them depending on what I have on hand, today I made them with oats, because I used up all my quinoa on salads this week.

These pancakes are low-fat as they are made with egg-whites only and are clean because they contain no flour just some porridge oats. To save wastage with eggs I buy packs of egg-whites from the supermarket which also cuts the time to make them and makes considerably less mess than cracking and separating eggs!

Heat a pan with oil (I use coconut) and make two pancakes with the mixture (they cook better and are easier to flip than one large pancake). I usually do 2-3 minutes per side under a medium flame.

Serve with greek yoghurt, frozen blueberries and a sprinkling of chia seeds. 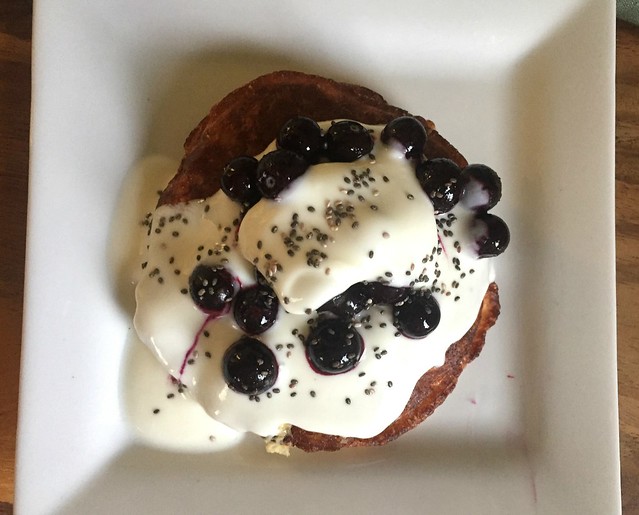 Bringing my blog back from the dead