In Cakes and Desserts, Coffee

Or you could say a Coffee Muffins macaron never grows feet. I am writing this blog post munching on failed coffee macarons and feeling pretty sorry for myself (and just a little sick). Five attempts and still no feet.

The 2009 October Daring Bakers’ challenge was brought to us by Ami S. She chose macarons from Claudia Fleming’s The Last Course: The Desserts of Gramercy Tavern as the challenge recipe.

This time I have no one to blame, I can’t blame the challenge for being too easy or not seasonal enough, or any one of the other reasons why my previous challenges haven’t been good enough. This time I really tried, gave it different attempts over different weeks and yet I have little more to show for myself than after my first attempt.

Looking back on my first attempt, I may have actually got worse…

Macarons are notoriously difficult to get right. Type any of the variations (“macaron”, “macaroon” or “french macaroons”) into google, and there will be thousands of how to videos and blog posts.

There are several things to look for in a macaroon.

It was the feet that were really elusive to me. If you squint at the first attempt maybe you have something approaching a foot, unfortunately not for attempts 2 and 3. 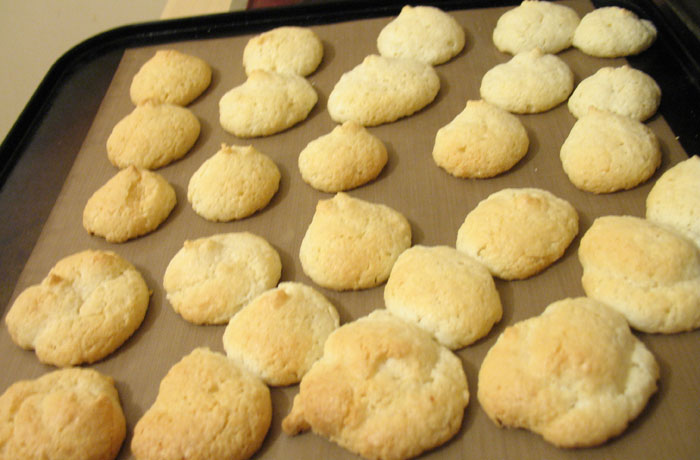 This was so bad that I didn’t even bother filling them with nutella, I still ate them, they tasted pretty good…

Attempt 3 was when I started adding coffee granules (before then I just made plain almond macarons).

One filled with nutella, the other with marscapone. Yum, but the macarons were flat and chewy not right at all. Of course I still ate them all…

Tonight I made my final attempt after hours of re-reading the daring bakers forums, after waiting and hoping and praying for even the tiniest of little baby macaron feet.

I even made two goes at attempt 4, by halving the mixture and bashing more air out of the second lot of mixture. 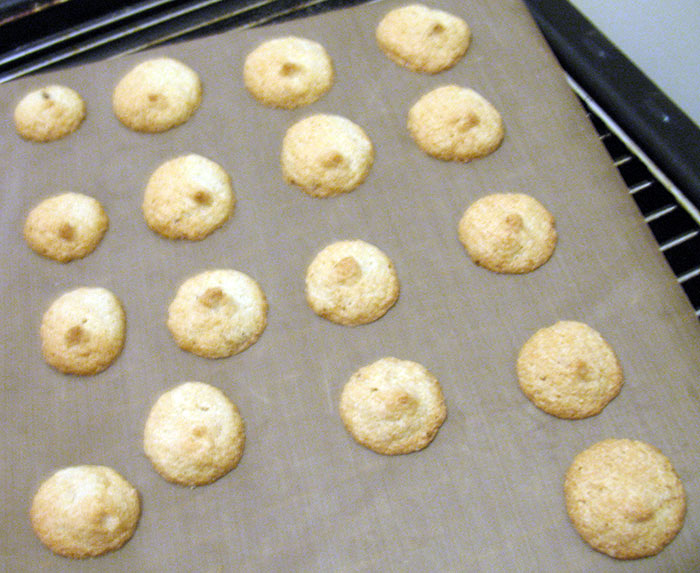 Attempt 5 had less air in the mixture and a longer (cooler) cooking process, but didn’t help one jot with the elusive feet. 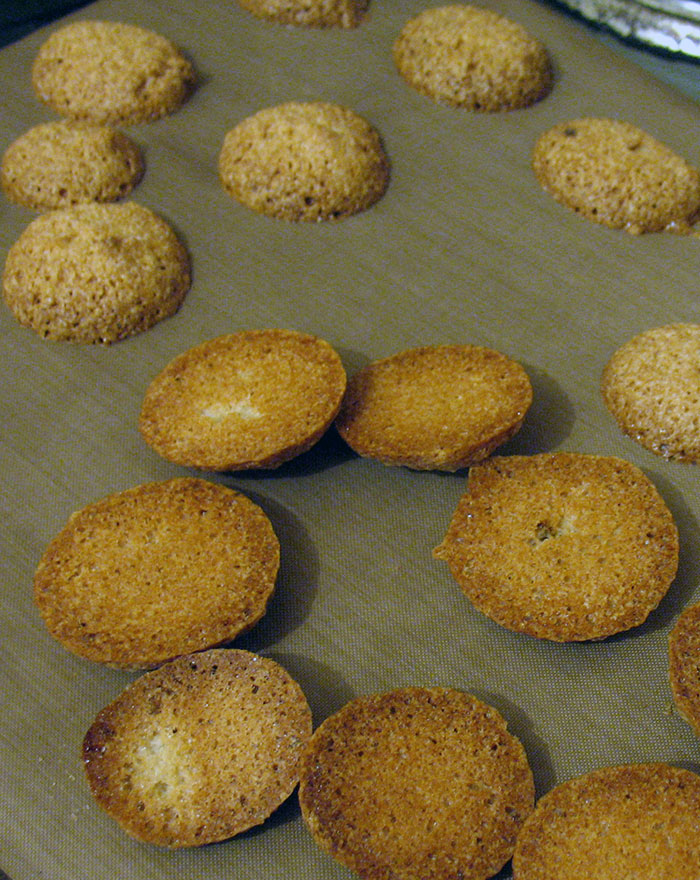 A little bit on the burnt side, but for the first time with properly flat bottoms, that didn’t stick to my non-stick lining… still edible…

I never got a macaron that I felt was worth going to all the effort of making a great filling for, so most of the ones I ate with either Nutella or a spoonful of marscapone. The plan was to create a tiramisu flavoured macaron, flavoured with decaf coffee granules (added at the egg white stage so as to melt in) with a marscapone and chocolate shavings filling. It would never have been ground breaking, but it would have been a great blend of coffee and creaminess.

At this point I have half an hour till it’s officially reveal day, I am giving up on getting feet with this recipe. I have heard that other recipes give more consistent results, and I will try those and I will eventually get feet on my macarons. Watch this space…